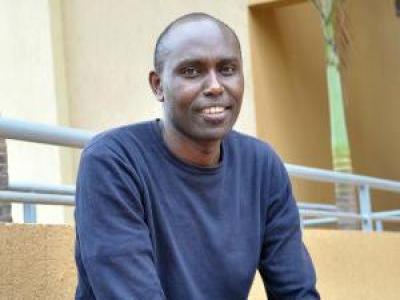 According to the data from the National Institute of Statistics, Rwanda imports outweigh       exports. This vindicates the notion that Rwandan firms do not produce enough to exhaust       themarket. Having analyzed different scenarios in economic and commercial trends in the   East African region, Johnson Rukundo is doing his PhD research that focuses on   competition, productivity and innovation of manufacturing firms as opposed to services       firms.

His research was prompted by the fact that Rwanda is one of the fast growing economies and   therefore needs an improved industrial organization sector that would create more employment   opportunities and generate more income for employees. In addition, Rukundo states that well   organized industries would generate more revenues to the government through taxes.

In his research, Rukundo came to realize that performance can increase the level of innovation in   developing countries in manufacturing firms.

“If firms perform better by increasing the value of sells, they are likely to increase their level of innovation”. Rukundo observed, adding that competition among manufacturing industries increases the level of productivity which also leads to efficiency.

In his research findings, he put it clear that manufacturing firms perform better than the service firms. As a result, entrepreneurs should focus on manufacturing firms because there is a value chain, much profitability and creation of employment opportunities.

In one of his published paper, he indicated that performance is better and productivity is high in manufacturing firms while innovation was also revealed much better.

Based on his findings, Rukundo is calling on the Government to come up with mechanisms and initiatives to support manufacturing firms within local entrepreneurs.

However, he put the quality of products under scrutiny and emphasized that local goods will be competitive on the market with other firms in other country based on the quality of what is being produced.

He is making a call starting from big firms to avoid complacency and self-satisfactory but instead they should always think of expansion and create more subsidiaries. This will ensure that there is both forward and backward linkage in the chain.

“Whatever we do in the university in terms of research informs the government policies” he noted. According to him, UR-Sweden Program is the biggest project that has benefited the University of Rwanda and the country’s education sector at large.

I have been trained on best ways to conduct research for community benefits and individual gain; I also look forward to help people in different sectors for addressing any challenges that requires my capacity and expertise.

Like his colleagues on PhD studies under UR-Sweden Program, his research is based on the publication of at least three papers in recognized research journals. So far, out of papers that he has produced, one has already been published and the rest are under review.