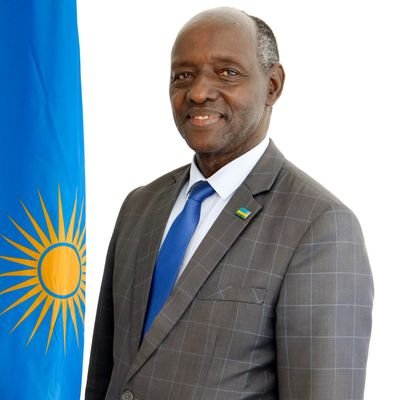 Hon. Dr Emmanuel Havugimana is among PhD graduates under UR-Sweden Programme. He graduated in 2009 from the University of Gothenburg and hence became one of the few PhD holders in Rwanda at the time. In 2019, he was elected Senator in the upper chamber of Rwandan Parliament after 22 years of service at the University of Rwanda.

Prior to his PhD journey, Hon. Havugimana had completed two years for his Master degree in Land Use Planning and Rural Development at Laval University, Quebec in Canada. According to him, the urge to gain new knowledge in Environmental studies triggered his application for PhD scholarship which was offered by the Swedish International Development Cooperation Agency (Sida) in the former National University of Rwanda.

When Hon. Dr Havugima first arrived in Sweden in October, 2003 he was captivated by how everything was set for his arrival right from accommodation, transportation to office documentation. At the time, Havugimana together with other 5 PhD students occupied a small sized class for compulsory PhD courses; including a team of four Sri Lanka students, and two Swedes.

During his spell in Sweden, Havugimana mostly recalls a surprising but enjoyable friendship with his then supervisor retired Prof Hans Egneus. “Every time he could come at Landvetter, Gothenburg Airport to wait for me whenever I was arriving from Rwanda” Hon Havugima said, adding that Prof Hans could reach out to him in numerous occasions in Rwanda to assist him during field work and data collection.

Havugimana was the second student to defend his PhD in the first cohort of the University of Rwanda - Sweden Bilateral Research Cooperation which started in 2002. Together with his colleagues at the University of Gothenburg, they had created Gothenburg African Students Association -GASA in 2004 alongside Ugandan, Kenyan, Zimbabwean and Ghanaian PhD students. Despite the fact that being a Senator doesn’t require PhD qualification, Hon. Havugimana believes that his education background will play a major role in his new career.

“I will make significant contribution mainly when it comes to discuss about critical subjects in my area such as climate change, urban planning, environment, and rural development” He concluded.