Muvumba marshland is one of the largest rice zone in the country with 1750 hectares which is equivalent to 15 % of total marshland area in Rwanda. In recent time, rice farming in some parts of the marshland has been affected by soil salinity which requires intensive and proper management for better yield.  Olive Tuyishime, a University of Rwanda lecturer and PhD student at SLU in Sweden, took a bold step to address this issue. She is supported by UR-Sweden Programme for Research, High Education and Institutional Advancement. Her research seeks to evaluate different irrigation and drainage strategies intended to manage soil salinity and nitrogen losses in rice production in the Muvumba irrigation scheme. Olive in one of research plots during an experiment

Tuyishime works with rice farmers to provide solutions about soil salinity which is potentially caused among others by salt-rich irrigation water, inadequate drainage and High doses of chemical fertilizers. According to her findings, soil salinity can affect environment, water quality and ecological health streams. At the extreme end, it can lead to flood risks caused by the inability of the soil to absorb rainfall.

Jeremy Habumuremyi is the Agronomist of Muvumba Marshland. He attested that soil salinity is becoming more rampant with at least 10 hectares of the marshland affected which is a big blow to rice farmers. He expressed his satisfaction over the research being conducted by Olive which, according to him is yielding with good results. 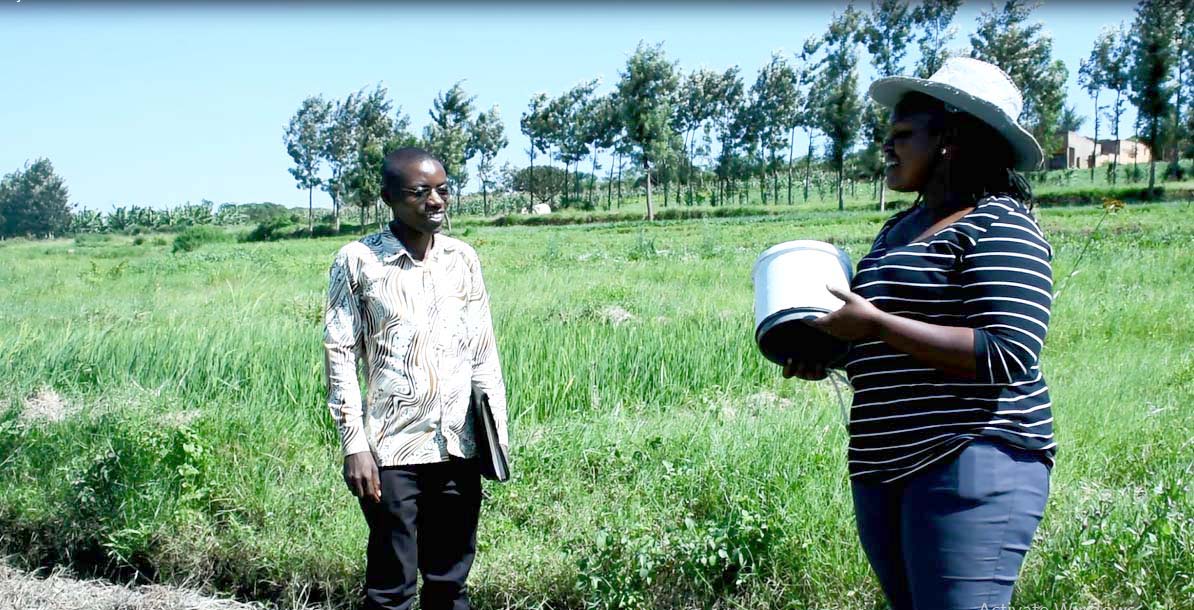 Olive (R) with Habumuremyi; the Agronomist of Muvumba Marshland

Anastase Ngezenubwo, one of the rice growers noted that farmers operating in Muvumba marshland were experiencing challenges linked to poor yield due to soil salinity but currently there is an improvement with the research in place.

“In the beginning rice could wilt while growing and we couldn’t reap anything but now you can see rice is in good condition and the soil has become more fertile” Ngezenubwo said.

In order to root out soil salinity, Tuyishime is calling on farmers to ensure that the soil being irrigated is well and deep drained, salt tolerant crops should be primarily grown while salts should be leached out of the soil before exploiting the land.

Muvumba Perimeter Eight (P8), is one of the largest marshlands in the Eastern part of Rwanda with 1750 hectares and it is equivalent to 15 % of total marshland area in Rwanda. It is located around 158 km from Kigali the capital city of Rwanda. The marshland is potentially known for a fertile soil which attracts hundreds of local rice farmers grouped into Muvumba Rice Growers Cooperative with around 1085 members. 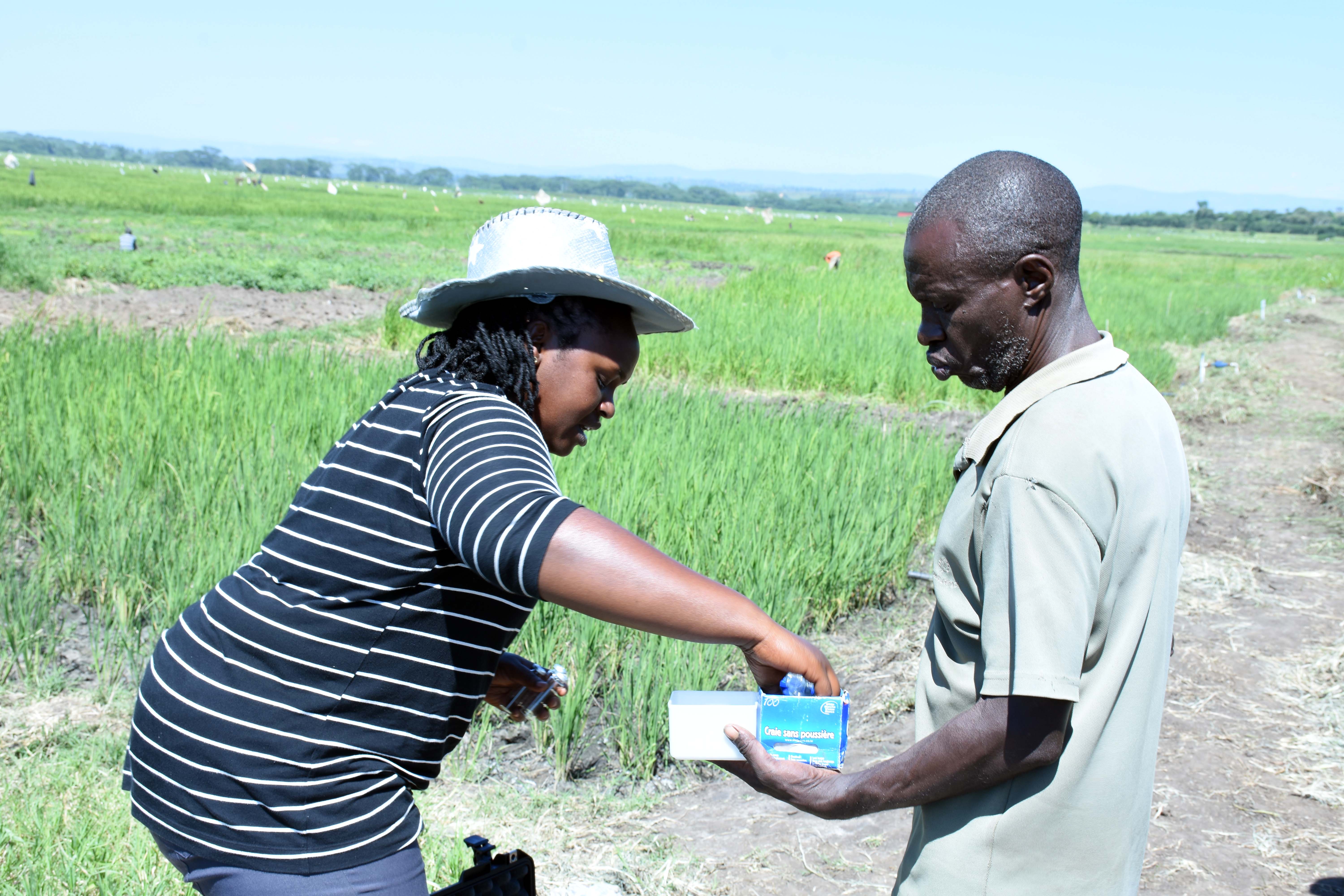 Olive (L) preparing materials to be used in her research